NEWNAN, Ga. — Recovery efforts continue in Coweta County after last month’s devastating EF-4 tornado tore through populated parts of Newnan. And a little over a week after the destructive storm, officials now have a better picture of the scope of the damage.

On Monday, county and state emergency management agencies, along with Homeland Security, announced the findings of their initial damage assessment of the violent March 26 storm. Initial figures show the storm damaged more than 1,700 homes. Another 70 homes were completely destroyed; roughly 120 more had “major damage.”

RELATED: How to help tornado victims in Newnan, Georgia

This week, the Federal Emergency Management Agency (FEMA) will conduct its own damage assessments to determine if Newnan and the surrounding areas impacted by the tornado warrant a federal disaster declaration. 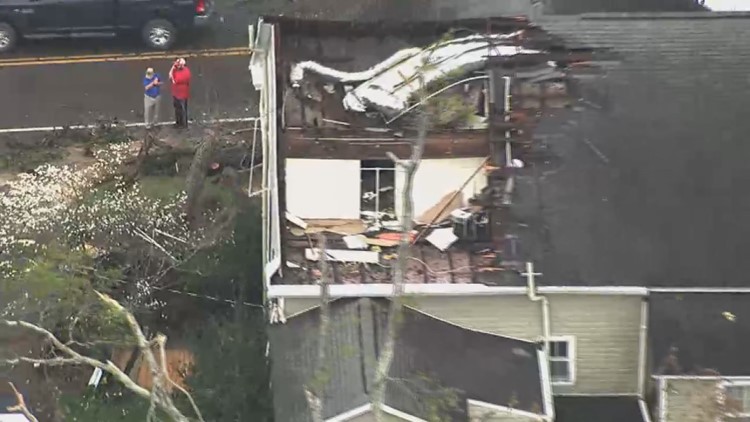 A storm survey from the National Weather Service determined that the EF-4 storm, with winds of more than 170 miles, originated from a supercell thunderstorm that spawned a long-track tornado in Alabama just before 11 p.m. then lifted near the Alabama/Georgia state line, the NWS said.

RELATED: Tornado believed to have cut 75-mile path from Alabama into Coweta County and was 1-mile wide

Another tornado redeveloped around 11:37 p.m. in Western Heard County near Franklin, according to the NWS, and traveled almost 39 miles east-northeast through Coweta and Fayette Counties.

One death was reported in association with the storm in Georgia.

According to officials, the Georgia Department of Transportation is continuing to clean and remove debris from county roads and subdivisions.

More than 6,000 homes without power in Great Bridge area of Chesapeake

Checking in with churches |

This website uses cookies to improve your experience while you navigate through the website. Out of these cookies, the cookies that are categorized as necessary are stored on your browser as they are essential for the working of basic functionalities of the website. We also use third-party cookies that help us analyze and understand how you use this website. These cookies will be stored in your browser only with your consent. You also have the option to opt-out of these cookies. But opting out of some of these cookies may have an effect on your browsing experience.
Necessary Always Enabled
Necessary cookies are absolutely essential for the website to function properly. This category only includes cookies that ensures basic functionalities and security features of the website. These cookies do not store any personal information.
Non-necessary
Any cookies that may not be particularly necessary for the website to function and is used specifically to collect user personal data via analytics, ads, other embedded contents are termed as non-necessary cookies. It is mandatory to procure user consent prior to running these cookies on your website.
SAVE & ACCEPT